Come taste what’s made here!
Brewery Olympics winners release new ‘have it made here’ beer in downtown Hanover, through Partnership with the Destination Brand for York County.

Winners of the gold medal at the Brewery Olympics event in July have brewed a beer of their own design with three of Downtown Hanover’s breweries.  This beer, The Sea Gypsy Merrow will be released on Saturday, October 1 at a launch party in downtown.

Come taste the beer and enjoy a fun outdoor fall live music event!  Zeichen des Pferdes will be hosting Mother Dimension, live in Center Square.  Serving up the new beer on tap, along with beers from Fat Bat Brewing and Something Wicked Brewing.  This limited time offering is presented to share the beautiful culture of collaboration in the brewery industry in downtown Hanover. Our local maker’s will present this tasty beer, for a limited time on draft and in cans during the Oct. 1 event, and subsequently until the beer is all gone!

“We had a great time collaborating with Main Street Hanover and the breweries for the 2nd annual Brewery Olympics. Because Hanover is known worldwide for products made here, partnering was a natural fit. The winners literally brewed a custom beer. What a great way for us to promote York County and its tagline, ‘have it made here,’” said Melissa Beaverson, Marketing Director for Explore York.

Fat Bat Brewing Co., Something Wicked Brewing Co., and Zeichen des Pferdes, held the 2nd Annual Brewery Olympics in downtown Hanover, presented in partnership with Explore York and the destination brand for York County.  This fun day of friendly physical competition in downtown Hanover, supported Main Street Hanover’s mission of revitalization and offers one lucky team the opportunity to make their own mark on the craft beer industry in Hanover.

On July 23, teams of 4 participants each competed in events testing strength and skill in three main events.  These competition events presented by each brewery will awarded points to the competing teams. The top scoring team participated in a team relay race featuring varying sized kegs to carry and race across the finish line.

Proceeds from that event were given to Main Street Hanover. “Main Street Hanover has done a lot for the three of us breweries, and the downtown area as a whole, so this is our way of giving back,” said Jon Sanders, manager of Something Wicked Brewery in Hanover. 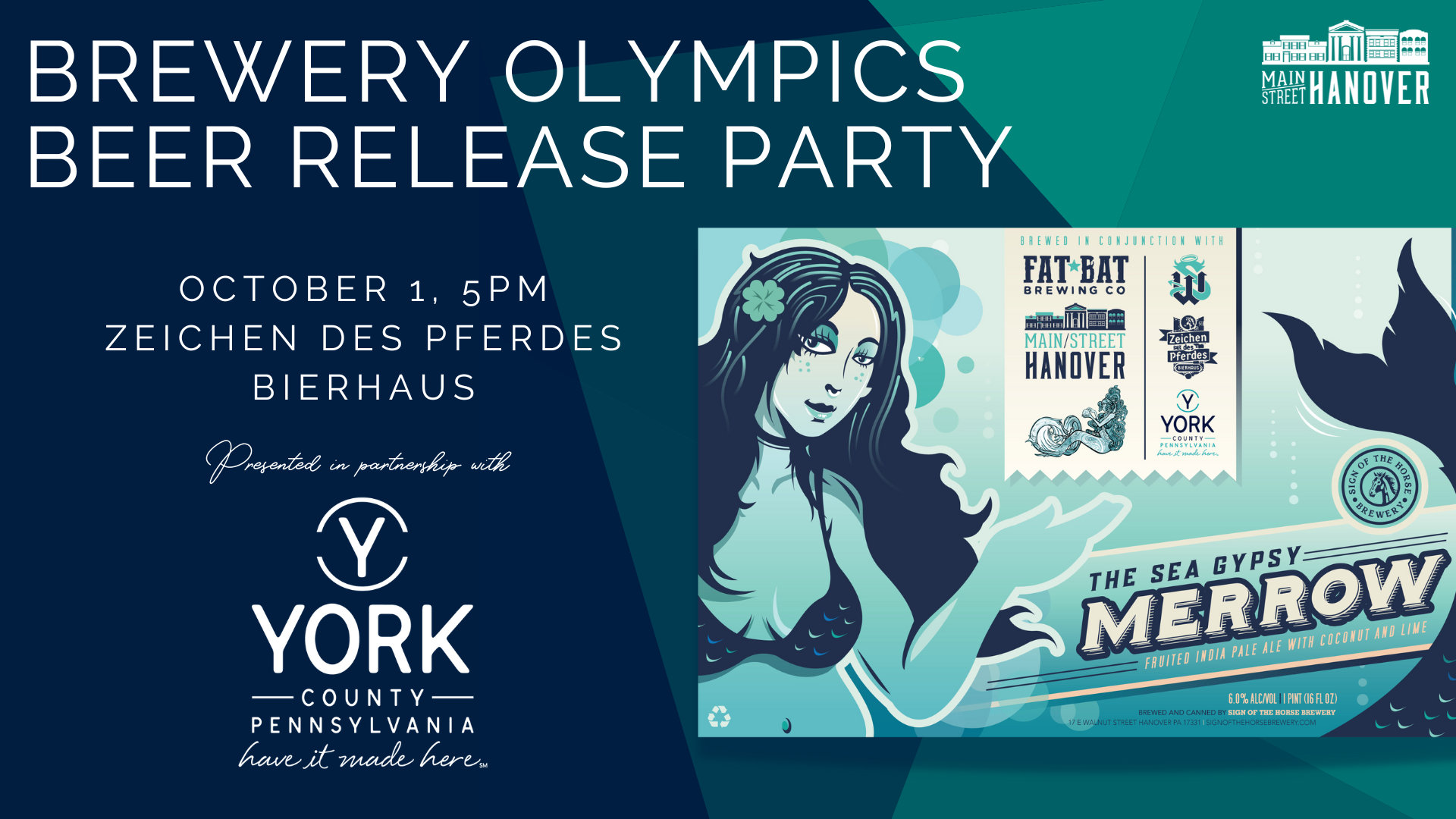 There are so many reasons to join us for Sip & Str

There's still time to honor your loved one in our

We're looking for a few volunteers for Sip & Strol