Come celebrate the music of Elvis Presley, the greatest entertainer of all time, featuring The Spin Outs band.
Cody Ray Slaughter captures the essence of the King of Rock and Roll. He starred as Elvis in the traveling production of the Tony Award Winning musical “The Million Dollar Quartet”, and earned the title of Graceland’s Ultimate Tribute Artist. 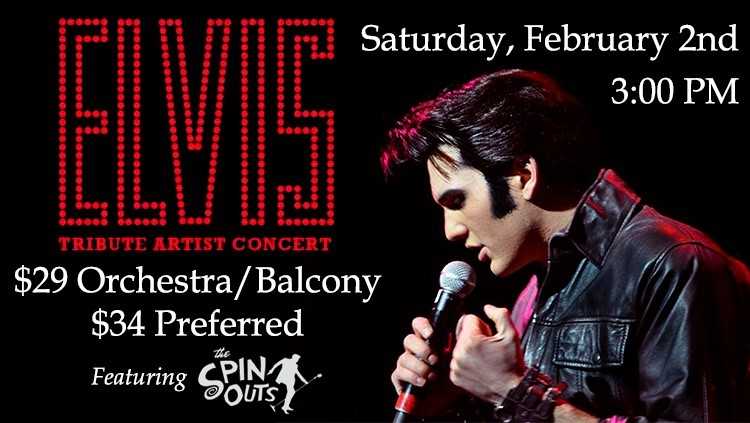