Emmy Award-winning television comedienne Vicki Lawrence is one of the most beloved television personalities of her generation. Best known for her eleven years with The Carol Burnett Show and her role as Mama in the sitcom Mama’s Family, this very funny show is a mixture of stand-up comedy, music and observations about real life. This two woman show is one half with Vicki Lawrence and the second half with Mama. Sponsored by PNC Bank. Tickets: $39 Orchestra/Balcony, $49 Preferred, $75 VIP Meet & Greet. 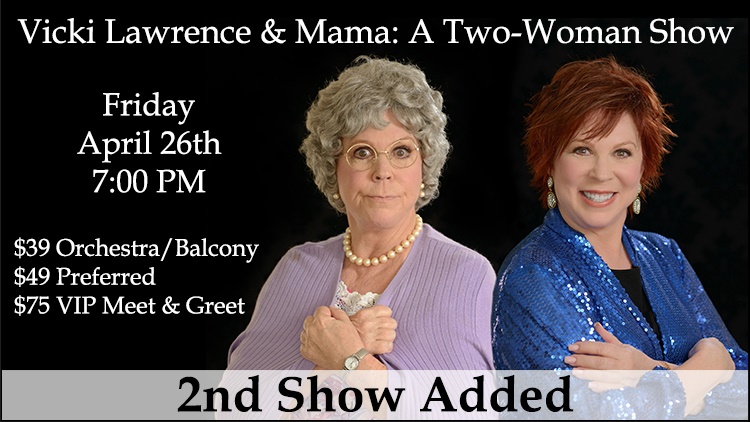